Me & Ro's Designs for Good 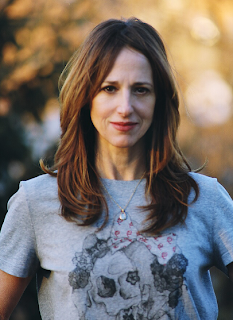 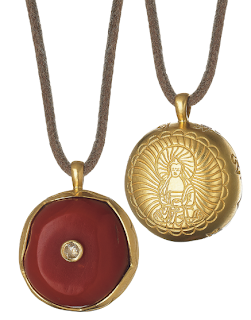 Name: Robin Renzi
What is your job?
I am a jewelry designer in NYC.
What social causes are most important to you?
I would say children, women, the arts and education.
What charities do you support – and how?
I support the charities below via my company Me&Ro, by donating 100 percent of the net proceeds from the sales of jewelry I have designed for each charity.
The Tibet Fund was the first charity pendant we created in 1999! Since then we have created some other charity pieces as well including:
The Joyful Heart Foundation which is for survivors of sexual abuse.
BAM which is a great performing arts space in Brooklyn.
Kageno which is a charity based out of NYC that is building villages in Rwanda and Kenya.
We support other charities as well either by donating money or jewelry.  Some others include: Hearts of Gold, a NYC based charity that brings clothes, food and the basics to families in NYC; The Miracle Foundation, they do work in India building orphanages as well as taking in children during the day so their mothers can work and support the families; Bent on Learning, a charity in NY that teaches yoga to public school children.
Why do you have a passion for Tibet, is there a personal tie?

When I first moved to NY in the 80’s, I worked at a restaurant called Indochine.  One night there was a party for a book called “In the Land of the Snows” by John Avedon. I was lucky enough to take home a copy. I read the book with much sadness and disbelief about the occupation of Tibet by the Chinese and all of the damage and destruction. However, what I learned about Tibet blew me away!  The story of the search for the present Dalai Lama, the oracle, the art, the medicine and the politics! I suggest to anyone who has any interest in Tibet to read the book! It will astonish you! Then many years later, after Me&Ro had been in business for about 8 years, we had this idea to support a charity by creating a piece of jewelry that we could sell and donate a portion of the proceeds to. It was I guess you would say serendipitous that we met someone who worked at The Tibet Fund. Our first Charity pendant was created for the Tibet Fund in 1999 and since then we have donated over $100,000 dollars to them!
Is there a particular way you would want to encourage readers to be involved?
Yes! You can bid on the one of a kind, recycled 22kt gold and antique Tibetan coral pendant I just designed for them and is selling on eBay now.  100 percent of the profits will be donated to The Tibet Fund. Spread the word!! PLEASE…
Or you can always purchase The Tibet Fund recycled sterling silver pendant on our website.
100 percent of the net proceeds will be donated to the Tibet Fund.
How would you define social responsibility?
I think put really simply, it’s helping others. Some of us are more fortunate than others and I believe it is our social responsibility to help those when and if you can.  We the fortunate should help the less fortunate-really simple.
Do you have any tattoos that relate to your social work?
I have an OM, and I have the Tibetan mantra “OM Mani Padme Hung” written in Tibetan which is what is inscribed on the Tibet Fund pendant which translates as  “Hail to the jewel of the Lotus”, the lotus being the Self. I also have the Chinese character for eternal on my toe and the earth symbol as well  and a flower on my foot and a few others, a sacred heart, a cross and my first tattoo which I got when I was 15, a classic sailor robin like the sailors had.
Posted by heidiminx at 6:36 PM