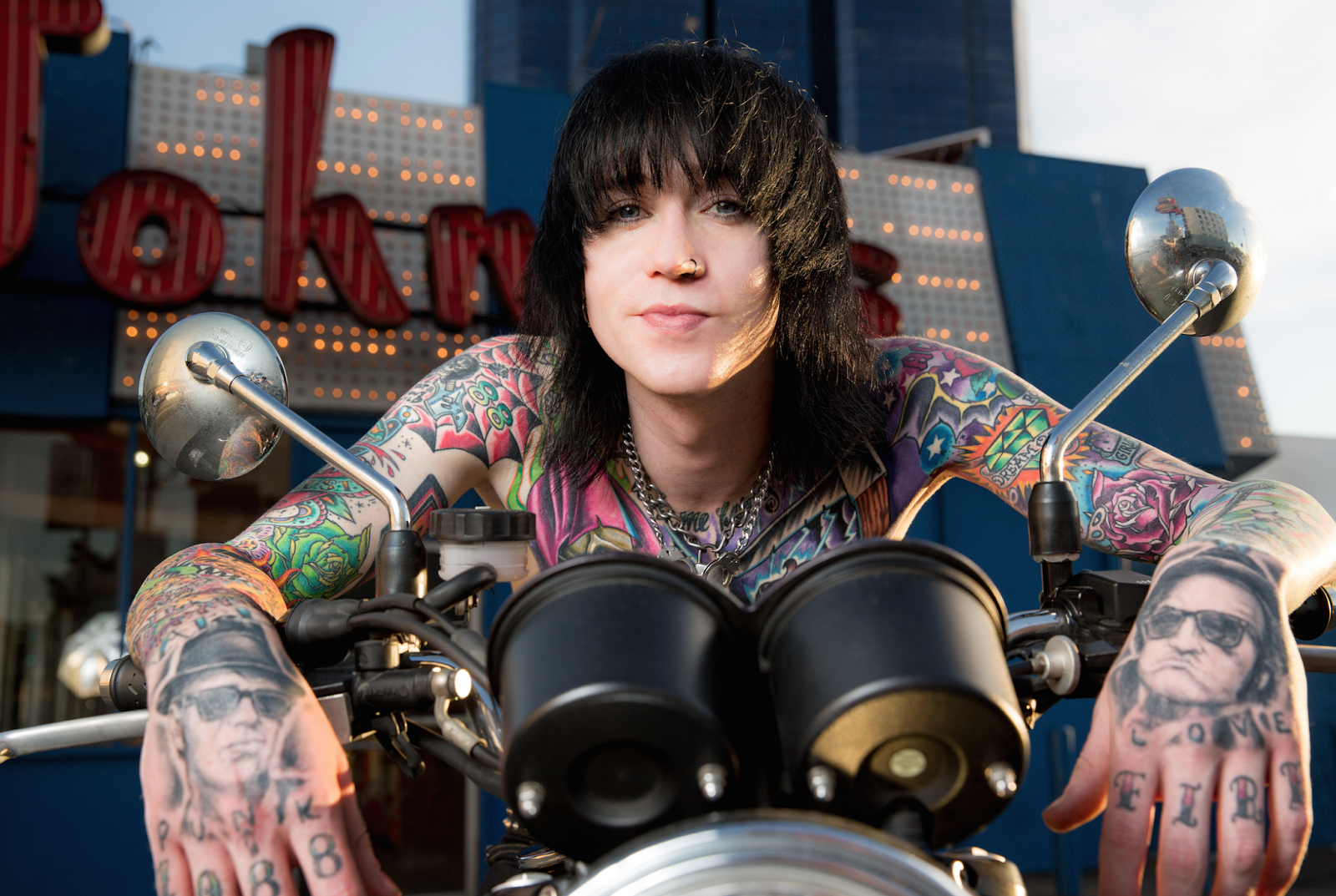 What is your job?
I’m a professional guitarist, currently hired to play lead guitar for The Raskins on tour with Motley Crue and Alice Cooper in the USA for Motley Crue’s Final Tour.

What social causes are most important to you? Suicide prevention.

What charity do you support – and how?
Suicide Prevention Australia, I donate what I can where I can. I urge you to do the same online.


Why do you have a passion for this one in particular, is there a personal tie?
My high school sweetheart and best friend Kittie decided to leave the land of the living prematurely, leaving no explanation why, when I was 19 years old. Many people close to me I know battle depression and I strongly believe nobody deserves to feel that helpless and in the same breath nobody deserves to suffer the consequences of that person deciding to leave the rest of us behind. I want to use my musical career to help in whatever way I can.

Is there a particular way you would want to encourage readers to be involved?
Aside from donating to charity? Take time out of your busy schedule to listen to people. I mean really listen, try your best to read between the lines. People aren’t mind readers; on the other hand people suffering from depression, especially introverted ones, aren’t always ready to open up about their internal struggle. You don’t have to understand, just be there for company or to listen and you’d be surprised how much it helps.

How would you define social responsibility?
Social responsibility is on a case-by-case basis. My duty as an entertainer is to be aware of the image I project to the world and to my fans, I know how impressionable teenagers can be, especially when they see someone they look up to doing something. As a young teen I read stories in Motley Crue’s ‘The Dirt’ and I modeled myself on Nikki Sixx at one point in my life. Now that I’m in my twenties I have lived enough to have perspective and context that 14 year old me just didn’t have (but at the time thought I did), who knows what I will have learned 10 years from now. As for now I am on tour with Motley Crue supporting their final US tour with Alice Cooper. Nikki is at lunch with us at catering nearly every day, we bump into each other backstage and chat, most nights I can get a smirk out of him if I’m down the front singing along. As for Alice Cooper - he’s such a nice and approachable guy and his band are becoming good friends of mine. Alice Cooper was coincidentally the first concert Kittie and I attended together back in high school. Now his guitarist Tommy Henriksen has asked myself and The Raskins bass player Johnny Martin to be a part of his solo band for a new music video after the tour wraps up. Just the other night at the hotel bar I jokingly remarked to Ryan Roxie “Man, you were a big influence on me as a kid and now here we are making fun of each other over drinks.” Adulthood doesn’t mean growing up, it means doing all the awesome s**t you said you would when you were a kid.

Do you have any tattoos that relate to social work?
Yes, many. The first one I got was a love heart with “Too Much Too Soon” across my heart the following week after my love ended her life, also making reference to the New York Dolls album which we both adored. Over time more have developed as much as the stigma itself. That one small tattoo became an entire chest piece with the grim reaper holding the heart (as it would usually be an orb), with the words “Don’t Take Me For Granted” around my neck. Whilst making reference to the Social Distortion song it’s also a reminder to myself every time I look in the mirror at the start of every day to make the most of my time here. I then went on to get a leopard on my right forearm with the name “Kittie” which was her nickname and after moving to Hollywood on the anniversary of her death got “Hopeless” and  “Romantic” on the sides of my hands. Because in the context together they mean one thing, but separate the two words can and do mean two totally different things. On one hand (literally and pun intended) it may seem hopeless, but on the other I don’t want to let the romance (or passion I have for making music) die. As hopeless as it can feel at times I refuse to quit. She believed in me and music is what has kept me alive, driven and going. It’s been therapeutic. Whilst I’ve moved on with my life and am happy, I never forget and I like to think that she’d be proud of me.

Posted by heidiminx at 5:38 PM